MY ‘MOURNING’ WITH MAYA: An Afro-Boricua writer’s homage to Maya Angelou…one year later

memoir
by Norma Iris Lafé
I’m a believer—a fanciful one.  On the morning of May 28, 2014…before first light…before el barrio’s feathered alarm clock crows the Puerto Rican reveille Despierta Boricua, time to wake up!  I arise on my own from a peaceful Caribbean night’s sleep, not to my normal writer’s ritual: café espresso, a smoke, adrenaline pumping to the spirited Muse on my breezy penthouse deck—living in the shades of the coastal town Vega Alta—but…to the mourning pulse of sorrow.  “Me” and my laptop poised again for the battlefront arena (where no man or woman dares to tread).

The words of lamentation moaning in cyberspace overnight, floated into my inner sanctum.  For this woman born in the USA—today living in “voluntary exile”—their infinite meaning touches home in a sort of religious (no, more like a mysterious way):  “Maya Angelou: Lyrical Witness of the Jim Crow South Dies At 86.” The NY Times headline, from my hometown, heralds the “people’s poet” for her messianic deliverance of Blacks in America from bondage. “Her portrait—of 1930s rural Stamps Arkansas—“a Biblical study of life in the midst of death,” that marked “the beginning of a new era in the minds and hearts and lives of all Black men and women,” testified her poet/friend James Baldwin of her magnum opus “I Know Why the Caged Bird Sings.”

This would be no ordinary solemn day, but a day to commemorate victory over human suffering; to again bear witness to the righteous might of divine intervention.  For once in my life, all was right with the universe; that an Angel had gotten her wings, that her day was not yet done, but was only just beginning (at least for me).  Mother Maya hopped the quicksilver messenger express back to the Pearly Gates; didn’t even have to knock.   St. Peter swifts her right through, hefting the “Book of Life,” one heavy laden hip to the other, slipping her a backstage pass.

There…perched on the mystical twilight ledge rises the cynosure Star of Maya, visible to those sensitive spirits of “The Light.”   A miracle sonnetist imbued with the spirit of “The Word,” as it was written, I envision her seated at the right hand of the Father.  The holy scepter entrusted by the Creator himself to all His messengers on Earth (inconspicuous among the troubled nations) is firmly clasped all aglow in her right hand, crackling fiery sparks. For what seems an eternity minute, mesmerized by her ethereal visage—so splendorous, so sublime—a deep and sonorous voice snaps me out of my trance-like state.  Waving me nearer to her stately, glistening golden throne, she then extends her right arm and gently commands:

“Carry the torch.”
“ME???
“Yes you!  Just follow the signs and heed my direction: ‘There is no greater agony than bearing an untold story inside you,’ the wondrous sage awakens the first startling revelation.
“Um, um, pa-pa-pardon me, noble Guardian of ethnic women writers, will these signs be in English or Spanish?”
“You’re being coy, you know the signs. Translate as you always do, where needed.”
“You mean the light bulbs constantly burning overhead?”
“Pay attention Miss Smarty Pants.  I’ve got your number right here…777-7777.”

Now she’s standing 6 feet tall and majestic, an otherworldly presence ablaze in a dazzling aura, ultra-bright flickering rays of burning light are blinding my still-bleary eyes.  Overshadowing my now trembling 5 foot frame, levitating in the gossamer cotton candy clouds, she fans the pages of the “Book of Life.”  Her shiny golden nugget, extremely refined fingers point to my essay “The Runaway Boricua.”

“You think you’ve been lucky don’t you?  See, it’s all right here.”
“Including the times…?”
“Had you fallen from grace you wouldn’t be standing here today, those turning points along your winding life’s journey were part of God’s master plan to get you prepared, to bring you back at precisely this juncture in island history.  You’re not running away this time.  You’re distressed about Puerto Rico’s future aren’t you?
“Yes, I am.  The future flashes inside my head like a Nostradamus movie screening of ‘Apocalypse Now: Surviving in Puerto Rico.’ What in the world is happening here? How do I make other people see what I see?”
“Listen to that inner voice. Follow your instincts as you’ve been doing so far.  ‘People will forget what you said or did in your life, but they will never forget how you made them feel.’  You’ve written quite the potpourri of revealing sociopolitical essays and personal anecdotes.”
“Yes, I’ve been writing up a storm of controversy, I think.  And I blame it on the Muse...she’s one of yours…a guardian of “The Gift.”  Says she’s the wordsmith “Justicia the Boffo Warrior”…the defender of truth, justice and fairness, no less. I presume you know I’m her assignment.  The pen is mightier than the sword, I know…but this one?  She shoots straight to the jugular, no rules of engagement at all.  You’ll see…if I make it out alive.”

For all of that morning, into the night, I remained glued to my laptop.  A self-described chronicler of a 21st Century “colonial” reality, that so offends my compassionate and learned sensibilities, my mission-filled life was put in suspended animation. While on the island of Puerto Rico—1,000 miles removed from mainland USA—I held a silent and solitary vigil honoring the legacy of an inspiring Black American author whose groundbreaking 1969 autobiography “Caged Bird” moved me beyond words.  To the extent, a 1960s Puerto Rican American South Bronx ghetto girl (once hidden in her own shadows) would grow up to be a “Witness to a Dying Colonial Nation”—unwittingly, as it were.

In that cosmic moment, the epidermal cilia shimmied the goose bumps all over my bronzed high-yella body.  Slumped in my desk chair, I waited for the celestial conjuring to pass.  The breakfast cocktail, tears of sadness mixed with tears of joyous release that follows, filling me with the immensity I’m no longer alone.  My mourning with Maya proved an epiphany worth telling, if only for the edification of my Puerto Rican people.  And at my age, sadly, the more things change…the more they stay the same.

Fingers rippling across the keyboard, I chase link after link, to catch the stories remembering the “life well-lived” of this literary Giant—a “phenomenal woman”!  Mother Maya bequeathed an amazing seven books chronicling her life and times.  Quite coincidentally, in 2013, finishing her multi-volume autobiographical series with “Mom & Me & Mom,” just as I was editing my first back-to-roots memoir “Mami, Mija and Me,” unveiling the transcendental truths linking three generations of Puerto Rican women—matriarch, granddaughter and daughter—back to our catastrophic modern day Puerto Rico.

One island dicho (or wise folk saying akin to the “mother wit” of her rural South) says it best: no se puede tapar el cielo con la mano. You can’t hide the heavens with one hand, meaning…don’t even try keeping the lid on the truth.

My mission accomplished: to boldly Puerto Rican-nize my strong-willed Calirican adolescent daughter; and to lovingly escort abuelitos, her retired grandparents, from California back to their native Borinquen.  At long last, fulfilling their final wish to be laid to rest next to the loving kin they left behind; forced in the ‘50s to migrate to New York City—hungry for work.

Barrio Life those first years back was the best of times (all things considered) shooting the warm tropical ocean breeze on a beachfront oasis, relishing the island’s favorite pastimes:  downing la fria cold beer, talking politics and tuning in to barrio bochinche, Salsa, merengue and bachata music rhythms blaring in the background. The idle gossip—who’s kissing who, who kicked the bucket, who works who doesn’t, who’s on drugs, whose car or house was looted and the keeping up with the Lópezes—was least inspiring, hypnotized as I was by the “new Puerto Rico” itself.

When, from 2008 to 2012—behind the scenes—“La Colonia” took on the nightmarish quality of The Twilight Zone and a gruesome Stephen King novel all rolled into one.  Absent the fun in the sun (the Medalla Lights booze haze that had been blurring my vision) I could see the writing on the wall more clearly:  Puerto Rico is no Shangri-la you romantic fool!  IT’S AN ISLAND DEMOCRACY IN CHAOS.

Continues:  Part 2  at top of page

Her Kind/VIDA Women in Literary Arts

Punta Pozuelo, Beachfront Oasis Where We Once Lived 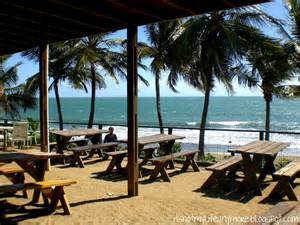 Vega Alta, Next Door to Where We Now Live 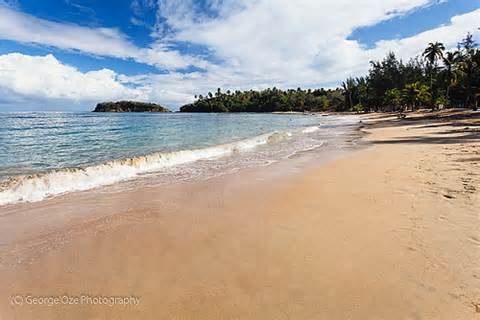 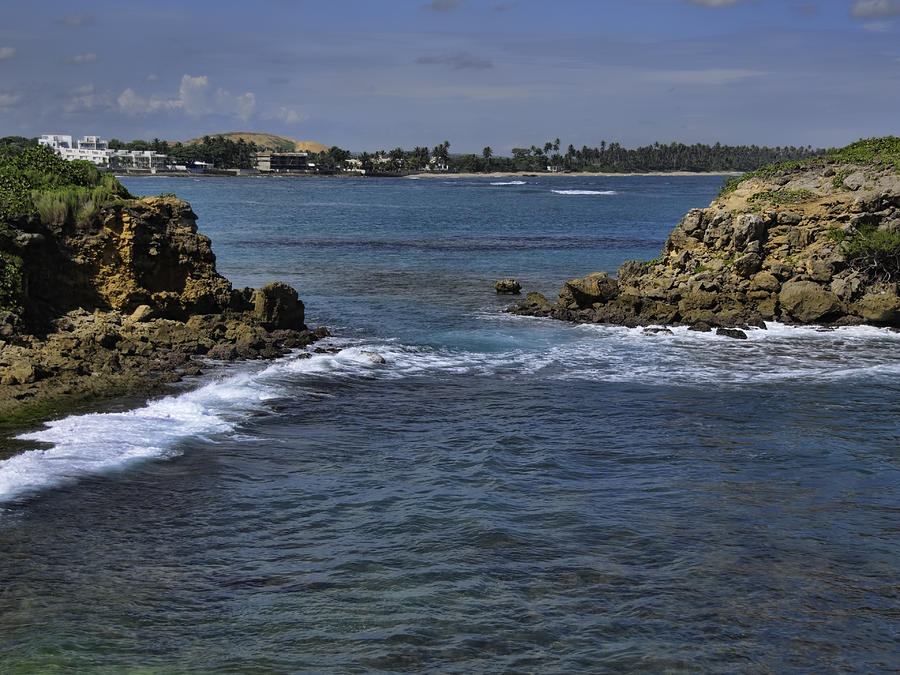 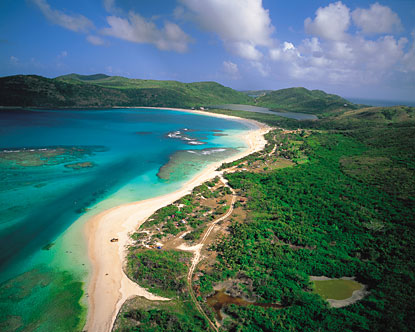 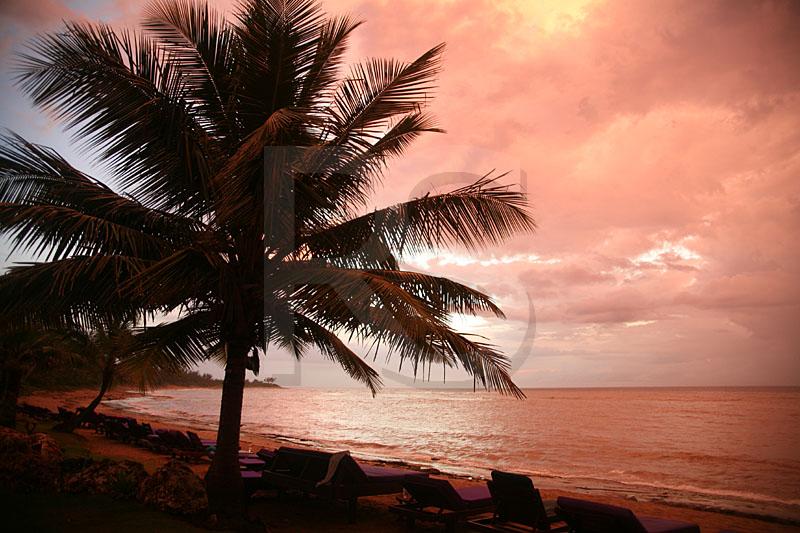 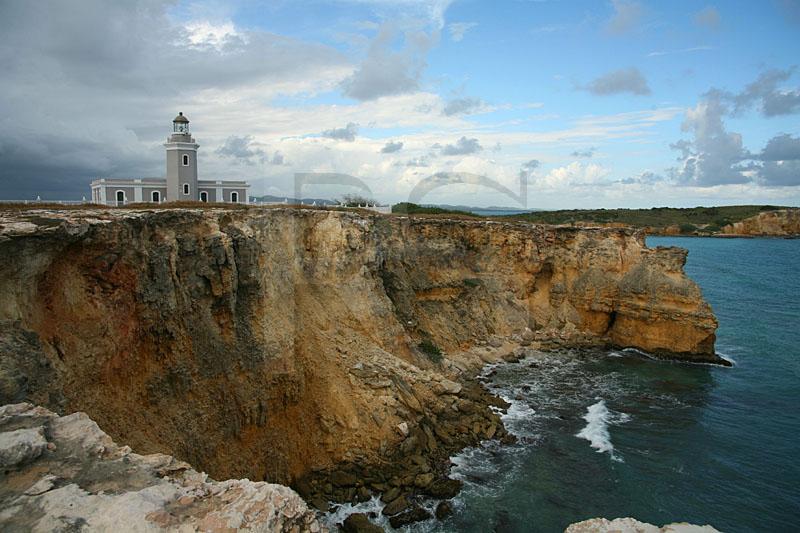 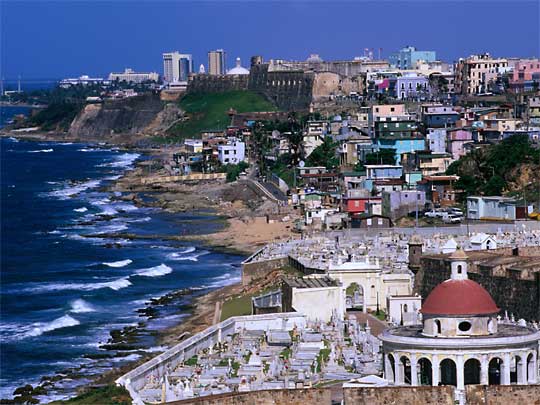